Maybe the struggle of every Black Lives Matter (BLM) movement supporter, feminist, Lesbian, Gay, Bisexual, Transgender, Queer (LGBTQ+) ally, etc. could be over if they only brought a cold refreshment to the fight. Right?

Not exactly. However, this is the unintended message Pepsi portrayed in its most recent ad, which depicted Kendall Jenner, ripping off her platinum blonde wig and flashy mini-dress to join a group of millennial reminiscent protestors fighting for an unknown cause. At the commercial’s climactic scene, a joyous celebration breaks out after Jenner approaches one of the police officers with a cold can of the soft drink. Within 48 hours, the commercial received five times as many dislikes than likes on YouTube. In addition, social media sites including Facebook, Twitter and Instagram lit up with judgmental comments, statuses, memes, etc. After receiving such intense backlash from the public, Pepsi pulled the ad and has come out with several apologetic statements to the public and those offended by the commercial’s accidental message. Though Pepsi intended to spark controversy over issues like police brutality and to gain involvement from the millennial generation on troubling issues, it ended up sparking a whole new conversation; the tone-deaf views of big companies, like Pepsi and other media forms in the face of the issues that are so heavily weighing upon the shoulders of the younger generation.

After Bernice King, daughter of Dr. Martin Luther King Jr., tweeted out a photo of her father mid-protest with the caption, “If only Daddy would have known about the power of #Pepsi,” the public truly began to take notice. Her message was clear: merely being ‘nice’ to police through a gesture of generosity isn’t a solution when facing issues of racism, sexism and prejudice from the boys in blue. Police brutality has always been a heavily daunting and relevant issue for minorities within America, and for people like Bernice King who remember the work of people like her father, any trivialization on the matter is a damaging blow to their legacy and the efforts of every protester who has fought against the injustice done unto others because of mere prejudice. Elle Hearns, the executive director of the Marsha P. Johnson Institute and formerly an organizer for Black Lives Matter, explained the conflict plainly when she claimed the ad “plays down the sacrifices people have historically taken in utilizing protests.” “No one is finding joy from Pepsi at a protest,” said Hearns. “That’s just not the reality of our lives. That’s not what it looks like to take bold action.”

Many are comparing a shot from the commercial to the famous photograph taken of nonviolent protester and BLM supporter Ieshia Evans during the Baton Rouge protests last year. She rallied amongst the dozens of people protesting the murder of Alton Sterling, an African American man arrested and shot after selling CD’s in front of a store with a gun in his pocket. In the photograph, Evans stands defiantly towards a group of heavily armed guards who are attempting to detain her. Meanwhile, in Pepsi’s commercial, Jenner stands, arm outstretched with cold Pepsi in hand towards a handsome police officer, no danger in sight. This contrast is a solid representation of the controversy surrounding the ad. While Evans, the literal face of passion, struggle and hope, risks her life to achieve peace in reality, Jenner, a false symbol for a falsely represented movement, stands tall and proud in her overpriced designer shoes and perfectly primed makeup with a can of Pepsi in hand, ready to fix all the problems the protesters behind her are facing, as if to say, “Revolution, shmevolution.”

For years, soda companies have been pandering towards their younger consumers. Coke’s famous, “I’d like to buy the world a Coke,” commercial which debuted in 1971 shared a message of peace and love during the heated debate of the Vietnam War. Even earlier, Pepsi released slogans like, “Pepsi Generation,” and “For those who think young,” in the 1960s, both attempting to relate to the modern mindset of “hip” consumers. Though Pepsi’s intended purpose was to represent values of togetherness, the ad overall devalues the efforts of those who have dedicated so much time, effort and much of their lives to movements like BLM. The face of a movement shouldn’t be the exuberantly wealthy, 21-year-old supermodel that hasn’t lived the struggle of those fighting behind her. There should be credibility and an ability to relate to the struggles of whoever is on screen, representing the reality and true meaning of a movement. After pulling the commercial, Pepsi released a statement saying, “Pepsi was trying to project a global message of unity, peace and understanding. Clearly we missed the mark, and we apologize. We didn’t intend to make light of any serious issue. We are removing the content and halting any further rollout. We also apologize for putting Kendall Jenner in this position.” Pepsi, you’ve done a proper job in getting people to come together on an issue. Next time, just make sure the issue isn’t you. 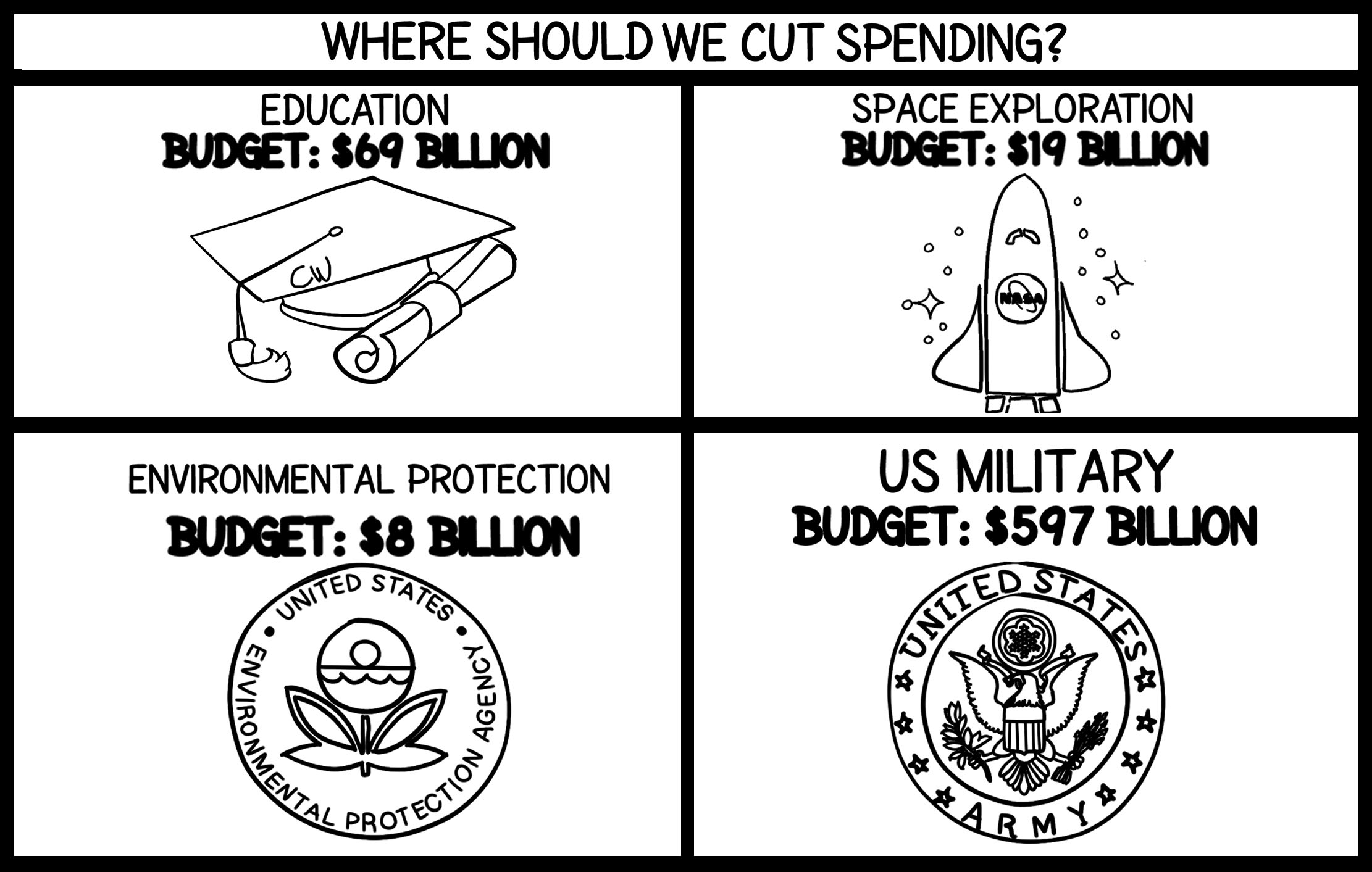