Turpin Semifinalist for Military Child of the Year Award 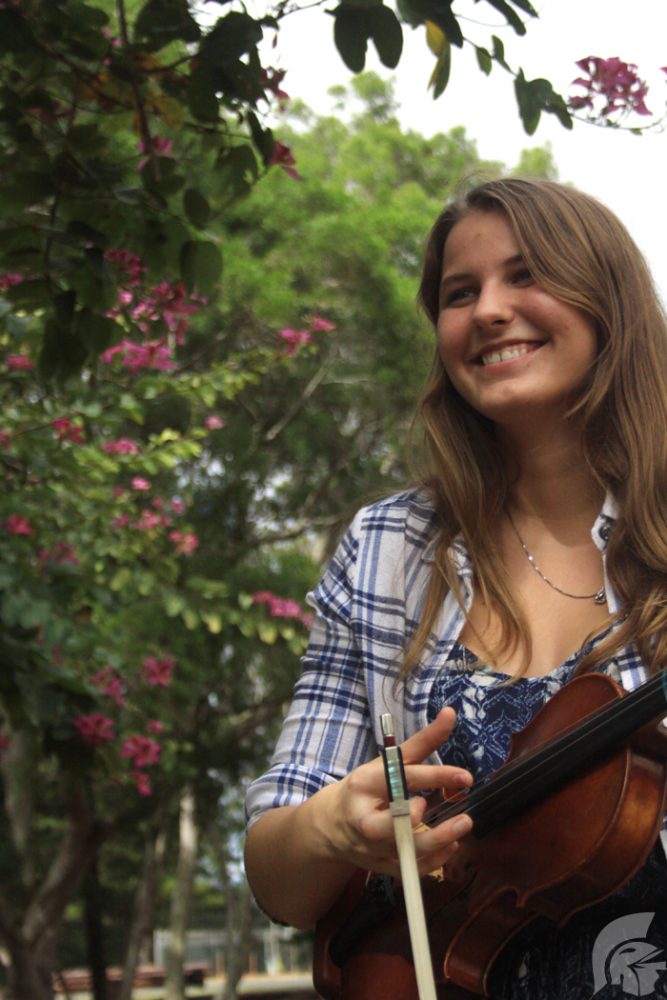 (Timothy Won | Trojan Times) Madeline Turpin (11) is a semifinalist in a contest in which the winner gets to represent the army. She is one of two semifinalists from Hawaii. 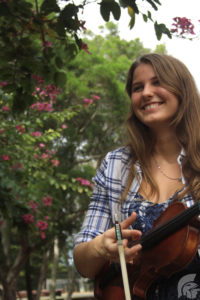 The 2017 Military Child of the Year Award has dwindled its broad 400 nominees to 90 semifinalists nationwide, where six children will each receive 10,000 dollars and a laptop and a seventh child will be awarded with the Military Child of the Year Award for Innovation. Among those semifinalists is MHS’ very own, Junior Madeline Turpin. While waiting for the seven award recipients to be announced on April 6 2017, Turpin will keep herself busy by volunteering and planning her future as a musical therapist.

“Moving around you see a lot of children struggle with their parents leaving and moving so much and you see a lot higher risk of children with depression and I honestly have always loved music and I wanna help people, so I want to go into music therapy so I can show people how I’ve learned music to help (them) and make them feel better,” said Turpin.

Being nominated for the Military Child of the Year award is a long process consisting of a panel of judges looking through nominees, ages eight to 18, who have moved at least five times in their life, have or had a parent serve in the military, and who also demonstrate leadership skills. “They look for how you serve the community in different ways; so I volunteer at the humane society every weekend, and I do a lot of volunteer work with military children on post. I help with children’s’ choir, small children groups, (and) I tutor kids in music sometimes–so they saw how I helped the community and kids,” expressed Turpin.

Playing a special role in her life, music was brought upon Turpin at age five by her grandmother. “When I was younger, we couldn’t really afford for music lessons, but my grandmother really wanted us to know music, because her grandmother played music. So she gave us this really old piano, and she paid for our lessons every month until my dad actually had a job in the military. But music has always been a part of my life,” said Turpin. Although not a very well known major, musical therapy sparked Turpin’s interest. “It’s using music to work through depression and sadness. Children with autism are taught music to help cope with stress,” stated Turpin.

Having lived in South and North Carolina, Georgia, Germany and Hawaii, Turpin has had her share in the feeling of loss that comes from moving around. “It makes it quite difficult to have a community of people and friends; like most people stay in one place their whole life–and you don’t build that community. It’s hard but honestly it’s good because it kind of forces you to meet more people–you get more experiences in life,” said Turpin.

Many children across the nation were nominated as semifinalists for the award, but Madeline Turpin’s attitude, achievements, and goals help her stand out. “(Madeline Turpin) inspires and motivates me everyday to do my absolute best in school and my community. She has taught me to never give up when something tough has come down the road. I think (she) should be selected for this award because she has a kind heart and she volunteers whenever she gets the opportunity to help out in her community,” stated Madeline Royko, friend of Turpin’s. “She never gives up. Though she is dyslexic she studies almost every night until midnight. She works hard in all of her classes, but music is her gift. She plays the piano and violin. She volunteers to play for both the Catholic Mass and Protestant Church. She volunteers at the humane society. She is an active member of the Key club, Tri-M, swim team, water polo team, and prom committee,” expressed Tina Turpin.

Chasing after her aspirations to become a musical therapist, Madeline Turpin looks forward to preparing for college after graduation. “I’m planning on going back to the mainland (and) setting up for college, honestly. I’m looking into Belmont, which is a music school, (it) has a great musical therapy program in Tennessee. Chapel Hill also has a great music program but I’d have to go to a different school to get my therapy degree,” said Madeline Turpin.

As the announcements of the seven award recipients are not until April 6, the Turpin family will be waiting, hoping Madeline Turpin receives the award for her continuous volunteer work and passion she has for music. In the near future, Madeline Turpin strives to work with the Wounded Warrior Project, as it would prepare her for becoming a musical therapist as well as fulfilling the joy she feels from helping others.